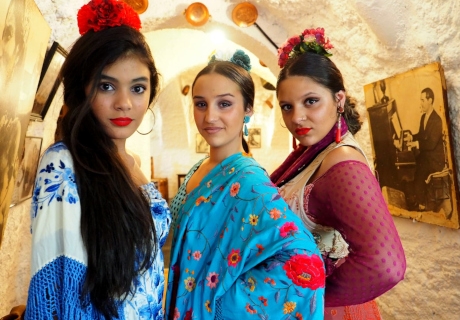 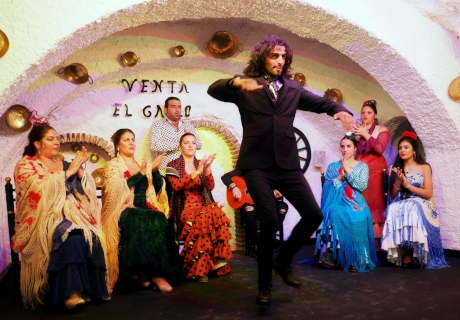 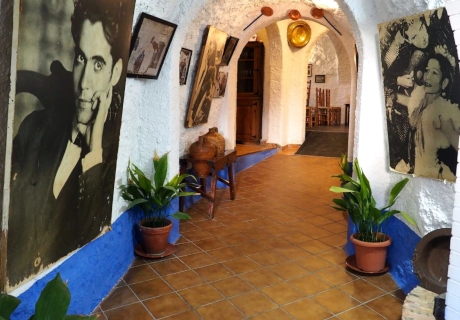 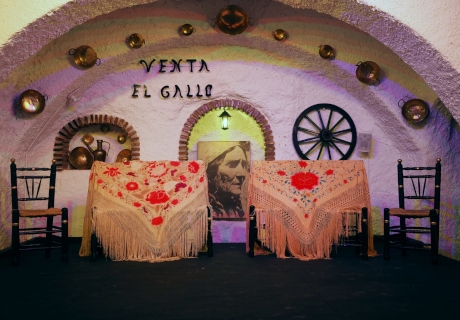 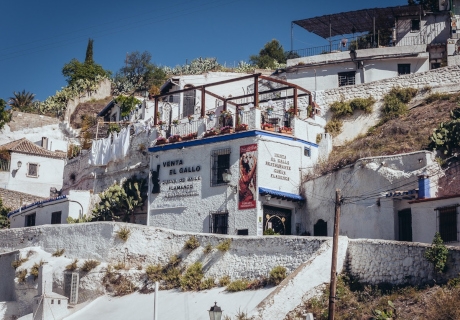 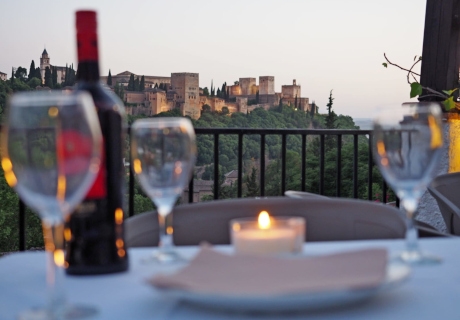 The setting, in a traditional cave home within the Sacromonte quarter of Granada, is an important part of the atmosphere of the flamenco show in Venta El Gallo. Up to ten different performers take part in the two nightly shows, and seating along the whitewashed cave walls give spectators a close up view of some of the city's best flamenco artists. This is one of the best reasons to attend a flamenco show in the caves of Sacromonte: the proximity to the performance is contagious, where guests will feel the true passion and color of traditional flamenco. The cave itself holds up to one hundred forty people. There are options for the show with drink or a fixed price menu. The restaurant, serves typical and traditional cuisine from Granada, with an arab-andalusí influence.

Venta El Gallo also offers a transportation service (round trip) to pick up guests from city center locations (direct pickup from some hotels along the route is possible).

I booked the show from trip advisor and by far this is one of the best flamenco shows in Granada. The acoustics inside the caves gives a much better experience. Staff are very welcoming and service is amazing. Will definitely go there again to try the dinner and attend the show again in my next visit. I took a taxi there but unfortunately there is no mobile connection inside. Please press like if you found my review helpful. Thanks.
This show was amazing. I thought it was going to be over the top but it felt so much like an interpretive dance that I was mesmerized. The pain, the struggle, the triumph of the flamenco dance.
Quite a transformative experience to watch this performance in such a historically relevant place to the flamenco culture in Granada. It’s very intimate. It’s in a cave because of the history of the people who developed the dance. There’s the option to just watch the dance and skip the dinner which I think is the best option.
Authentic flamenco show. Enjoyed the dinner + show package and the night was incredible!! Great energy & passionate performers that absolutely brought the entire stage to life
The flamenco show was outstanding, all of the dancers showed great talent! I would recommend booking early to get the best seats. The only critique I have of this place is that the seating area is flat and the stage is low. Thus, the people sitting in the back could not see much. Would recommend!
No waiting
No booking fees
Secure payment
Personal attention