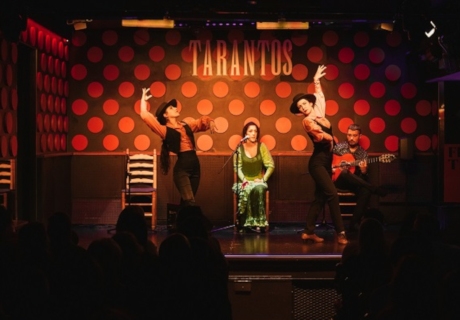 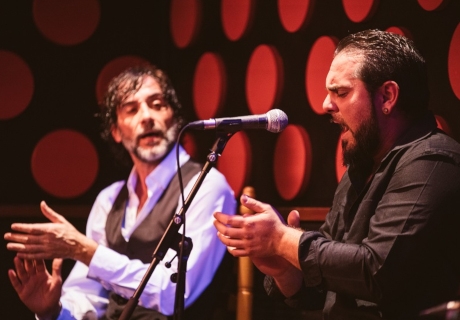 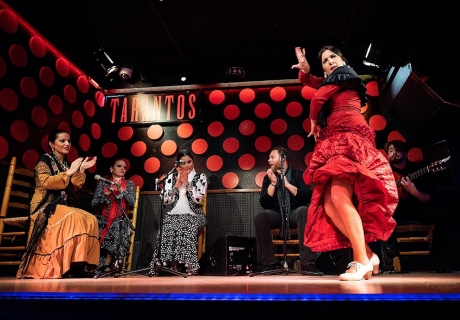 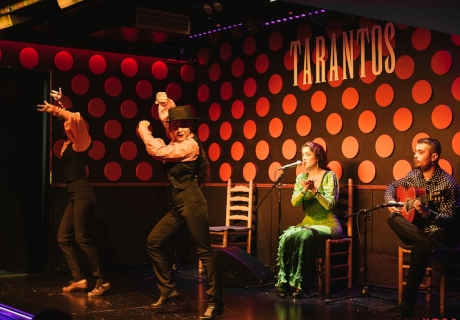 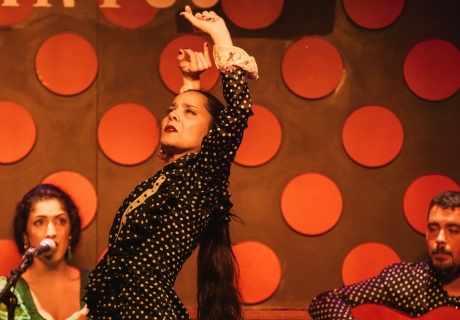 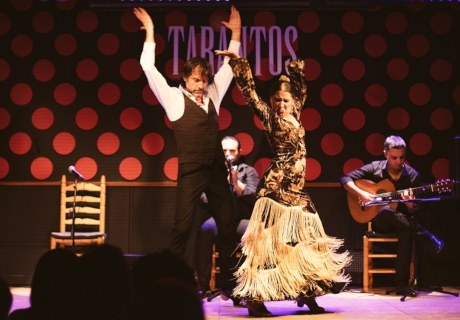 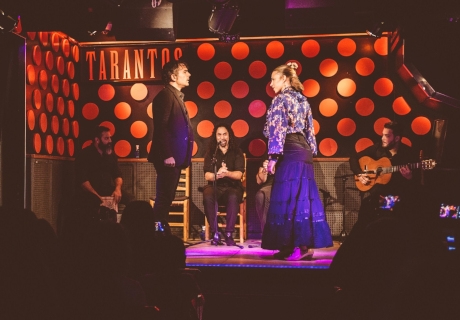 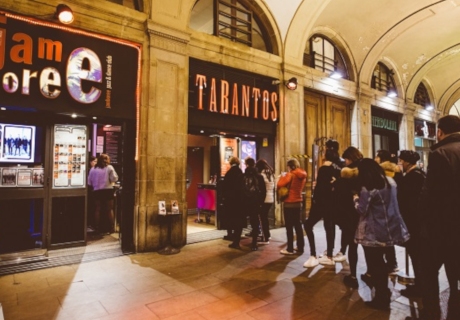 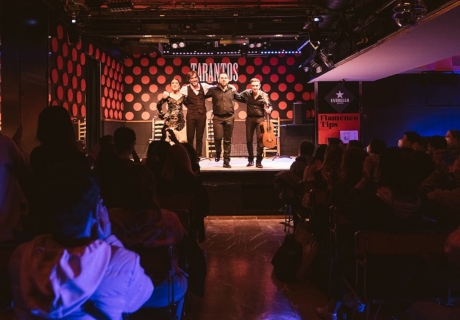 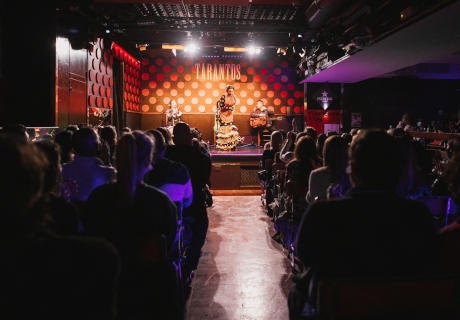 Los Tarantos Barcelona was founded in 1963, making it one of Barcelona's oldest flamenco venues. Located in the Ciutat Vella quarter of the city, today the Los Tarantos is known for its nightly performances featuring a new generation of Catalan flamenco artists. For those who wish to enjoy a short, quality flamenco show at a reasonable price, Los Tarantos is an excellent place to do so. The establishment holds 3 or 4 nightly flamenco shows, with duration of approximately 30 minutes for each performance. The affordable shows attract a large international crowd as well as local flamenco aficionados.

Inside Los Tarantos includes a full service bar, as well as a seating area with tables and chairs which surround a small stage, offering good views from almost any vantage point. The artists who regularly grace the stage at Los Tarantos include flamenco singers such as Alba Carmona and Sara Flores, both of whom regularly perform in some of the most important flamenco festivals in Spain. Dancers include Nacho Blanco, Yolanda Cortés, Iván Alcalá and Iñaki Márquez, the latter considered by many critics to be one of the best dancers of the new generation of Catalan flamenco. Guitar players include Eduardo and Juan Cortes, while percussionist David Dominguez, often divides his time between playing with both flamenco and jazz groups.

The club's history dates back to the early sixties, although its renaissance was in the early nineties when Los Tarantos was renovated and a new generation of flamenco artists began to be featured on a regular basis. During the first ten years the club attracted a wide variety of talent, from established artists to up and coming performers. The list of artists at Los Tarantos during these days is quite impressive, with names such as Duquende, Miguel Poveda, Montse Cortés, and Rafael Riqueni. Later came Pepe Habichuela, Paco Cepero, Tomasito, Eva la Yerbabuena and Niña Pastori. In recent years the flamenco sessions have featured toque, cante y baile (flamenco guitar playing, singing and dancing) by some of the best local emerging flamenco talent, giving you a chance to see the artists up close at the beginning of their careers.

This has been one of the most amazing artistic experiences I've ever had. The performers are passionate, intense and crazy for this magnificent art, you can tell just by looking at them! And I refer to the singers and the guitarist too, not only the dancers. They're so good I had goosebumps all the time of the performance. The ticket is very cheap and you get to see so much beauty, skills and traditions!! Very, very, veeery recommended.
Beautiful flamenco dancing. The show is short, about 45 minutes and appropriately priced. We got the show and drinks, which included a small individual bottle of wine that was very good. The venue is nothing special — uncomfortable wooden benches, stench of smoke and urine pervades the air. This is a small group of performers, two dancers, one guitarist, and two vocalists. I think this is a good enough experience for someone trying to get a glimpse of a flamenco show. For those who want a more special experience, I don’t think this is it. I only say this because I watched a wonderful flamenco show nearly 20 years ago in Madrid and it was truly an awing experience. There were about 12 performers in all, and the dynamic among them and inclusive of the crowd, was very special. The Los Tarantos show lacked that, but it might be that, as I mentioned, it’s a quick show. Overall, greatly recommended for a quick experience in Barcelona. The dancers seemed truly passionate.
An exceptional passionate Flamenco show in an intimate location! There is only room for maybe less than 100 people, so come about 25 minutes early to get a good seat. And get ready for 40 minutes of intense Flamenco dance & music, the time will fly by. Brilliant.. thank you Los Tarantos
Lovely ambience, wonderful acoustic music and dance by the group of artists! Enjoyed a cava and had a good view of the performance. We did a walk-in and arrived fifteen minutes before the performance for better seats! I’ll expect it to be busier and it would be wise to plan and reserve ahead of time.
unbelievable show . The passion of the dancers is beautiful. The voice and guitar are incredible . Very Small venue . cozy and amazing atmosphere. Advice come early or you will watch the show standing up . Overall great experience
No waiting
No booking fees
Secure payment
Personal attention

The tickets will not be sent by post. We will send you an email with an attachment (PDF file) which contains your tickets. Please note for this venue it is required that you print the tickets and present them at the door for entry. If you are unable to print the PDF file you can also present a copy of the file on a Smartphone or tablet, provided that the barcode on the PDF file is well visible (to be scanned at the door). It is not possible to arrange entry with a photo ID in this venue.