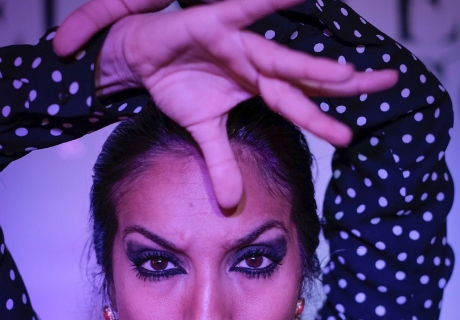 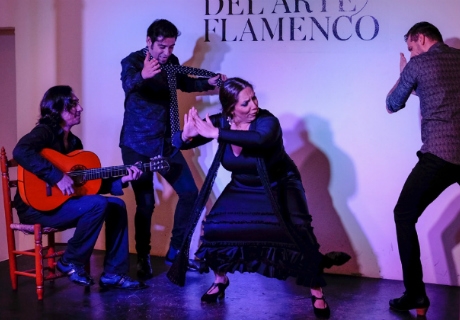 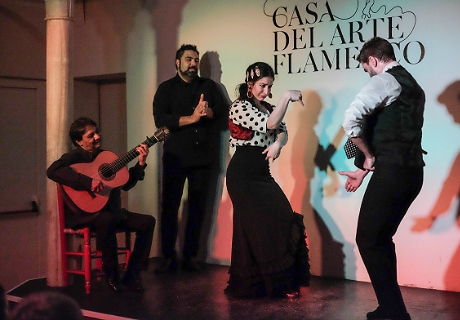 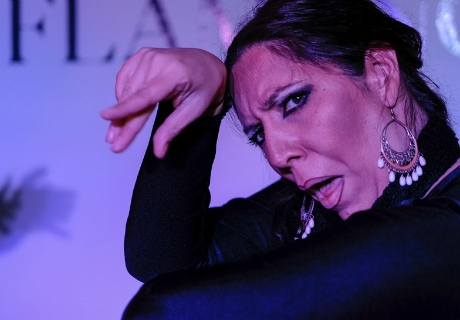 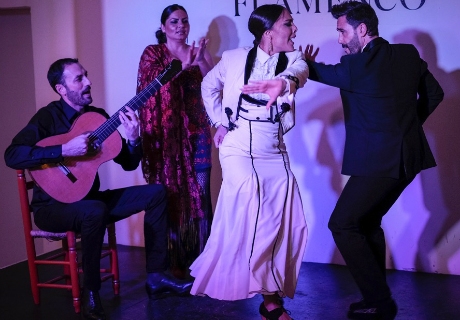 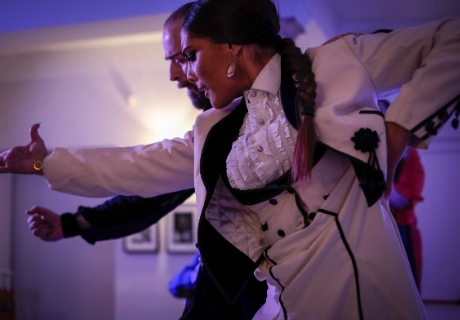 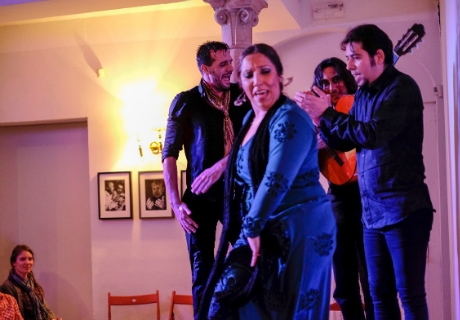 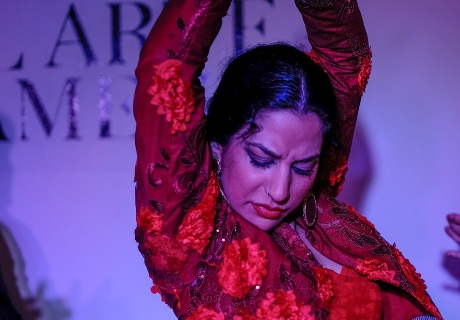 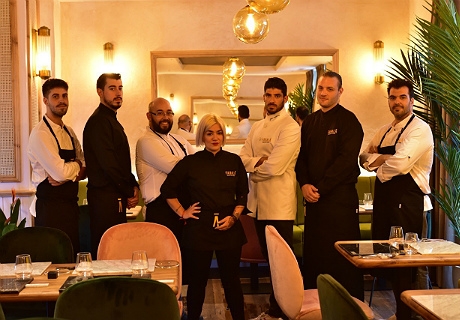 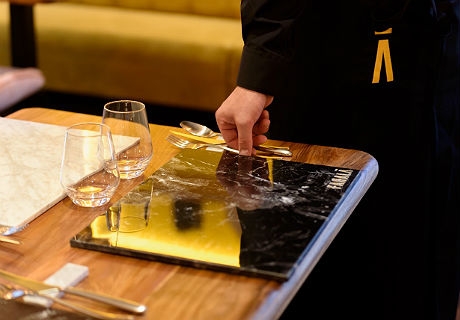 Casa del Arte Flamenco is located in the city of Granada only a few meters away from the Plaza Nueva. The plaza is the center of activity in the historic district situated at the foot of the hills leading to the Alhambra and Albayzín quarter, making the venue's location easily accessible on foot from almost any part of the city.

Casa del Arte flamenco hosts two nightly flamenco performances with regionally and nationally recognized artists.  The show of approximately one hour features vocals, guitar and dance with four performers covering a range of flamenco styles.  The venue is purely for the flamenco spectator: the focus is always on the audience experience as meal service ends before the start of the show. For private groups the venue can offer special services upon request for conferences, events and a range of flamenco related cultural activities.

There is an excellent rotation of regular performers, the majority of which come from the province of Granada.  Adrian Sanchez (dancer) has performed across Europe as well as in some of the most important theatres and festivals in Spain.  Guitarist Alfredo Mesa and dancer Ana Cali are from the towns of Maracena and Motril respectively. From a very early age both perfected their talents within Granada's close knit community of flamenco artists.  The owner's extensive ties to the flamenco scene in the different provinces of Andalucia brings in many performers from outside Granada. Dancer Jose Nuñez comes from a family of established flamenco artists in the town of San Fernando (Cadiz province) and has toured Spain and Europe.  Carmen González hails from the city of Malaga and studied flamenco and choreography at the Conservatorio Superior de Danzas.

A phenomenal experience! I was brought to this place by a friend who lives in Granada. I enjoyed every minute of the 1-hour show, the performers were superb, very talented, and passionate about their art. Having visited other tablaos in Sevilla, this one exceeded my expectations, highly recommended, I look forward to coming back to see more artists. After the show, we tried the menu in the Faralá restaurant, everything was exquisite, packed with flavor and beautifully crafted, a refreshing break of the classic alternatives offered around town. The staff was very welcoming and attentive without being overwhelming. A wonderful experience, without a doubt a highlight of my visit to Granada.
What a beautiful experience, the guitarist was fantastic as well as the dancing. The singing was also great and very strong. Considering there is no amplifiers I was impressed by the power of the voice. I suggest you arrive 10-15 minutes prior to getting there, for seating and to hear the intros. The flow of the performance was great, and I don’t want to give away the details but be smart and dont clap or try to stomp your feet along…and obviously turn your phones to silent. We have been to 2 shows in Granada and this one was my favorite. We didn’t have the dinner so I can’t speak as to how the food was, but it was a lovely show.
Unbelievably fantastic! It was my first ever Flamenco show, and I expected an interesting cultural experience. However……Of all the performances I’ve ever seen of many different kinds - this was one of the best. The guitarist, singer and both the dancers were incredible and the passion of their performance was amazing. The rhythm and power of the music, dance and footwork were astonishing.
A Tragic Love We enjoyed Casa del Arte Flamenco soooo much! The four performers were incredibly talented, and they brought a superb, fiery intensity to the performance. It’s an intimate setting (maybe about 40 seats) so it was easy for us to be swept up by their obvious passion for their art. DO NOT MISS THIS SHOW!
Wow, what a show. The show had one guitarist, two dancers and a singer. The guitarist was amazing, his speed across the strings and fluidity had to be seen to be believed. The dancers, one male and one female were both very professional and gave there all. Singer had a booming voice suited to the energy of the flamenco. An hour of pure passion, loved it.
No waiting
No booking fees
Secure payment
Personal attention