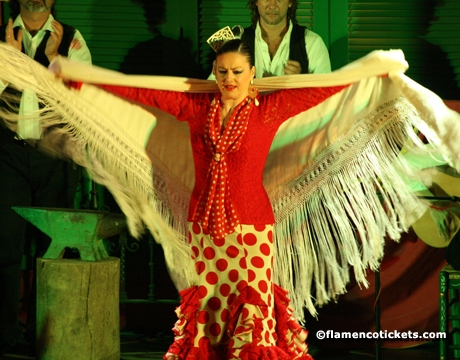 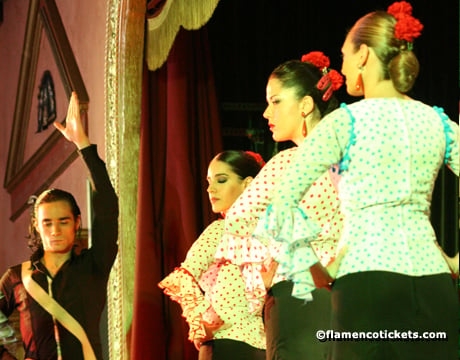 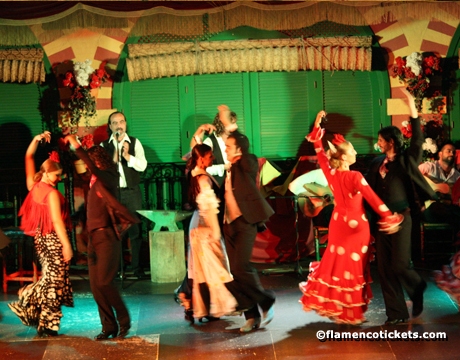 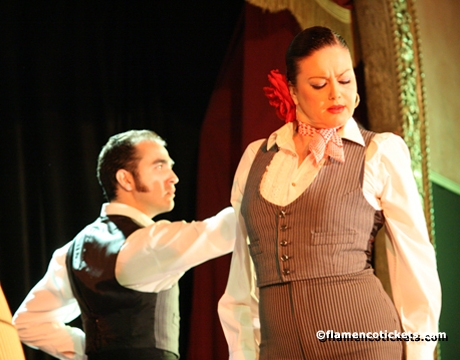 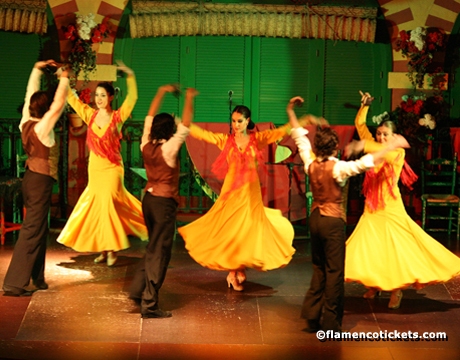 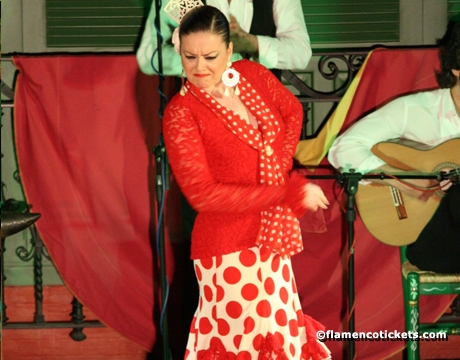 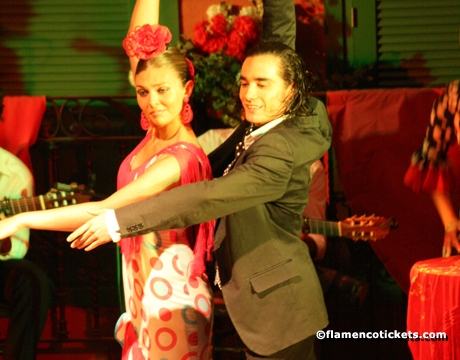 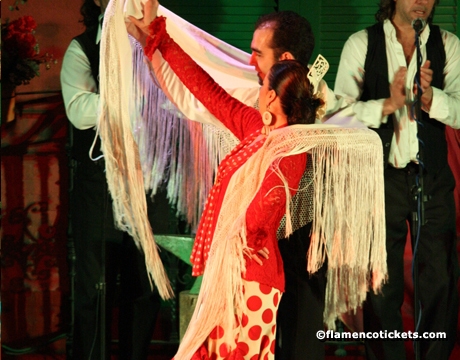 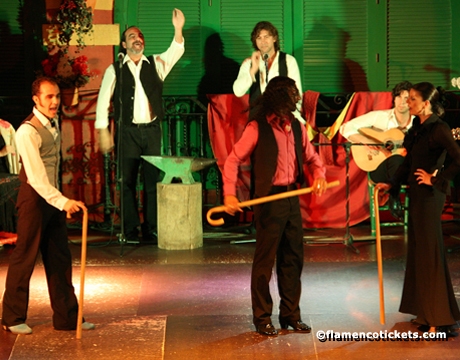 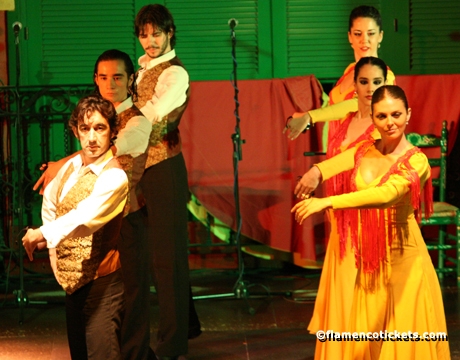 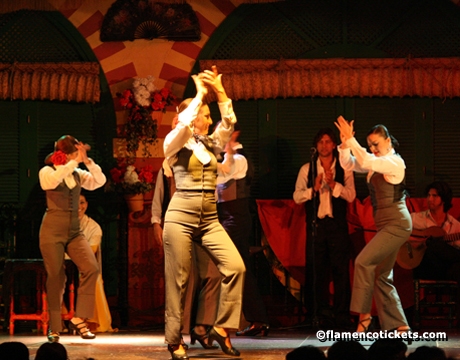 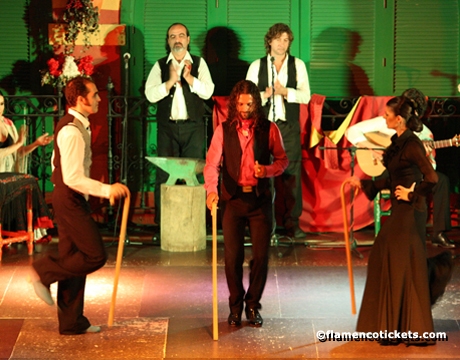 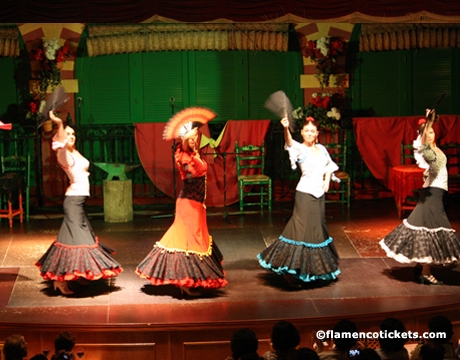 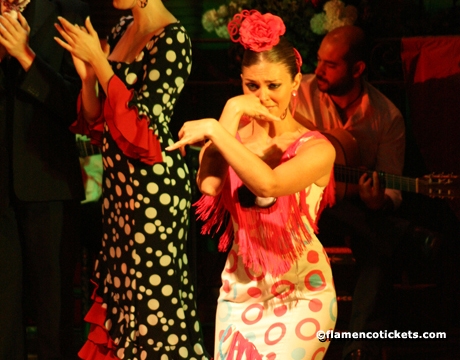 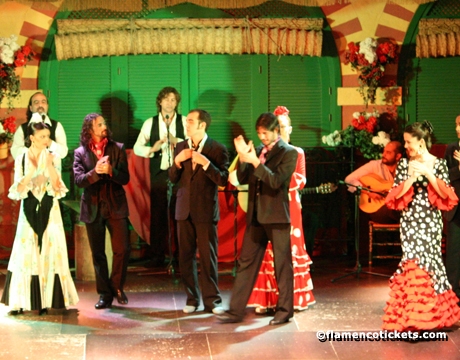 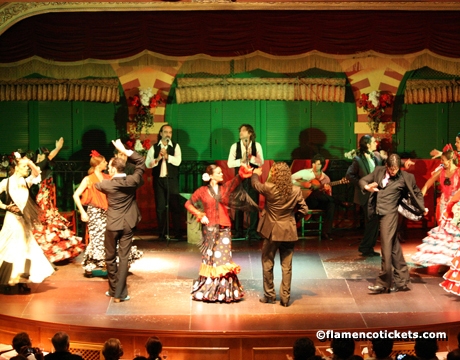 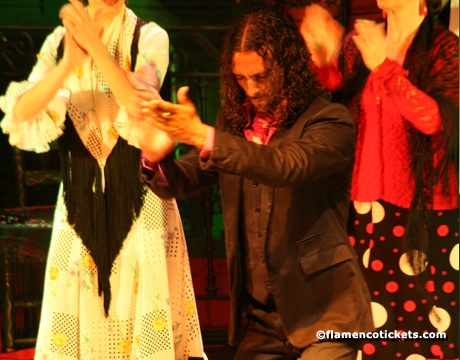 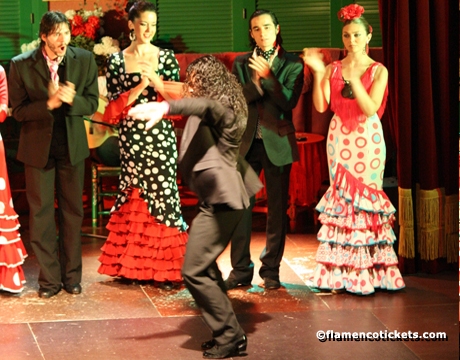 El Palacio Andaluz is located within the former Cruzcampo pavilion, constructed for the 1992 Universal Exposition of Seville in the Isla Cartuja section of the city. Completely renovated, this is one of the most spacious venues to see a flamenco show in Seville. The theatre architecture offers unobstructed views from any seat and excellent acoustics.

El Palacio Andaluz has won numerous national and international awards for their shows which cover a wide range of flamenco styles. From the lessor known, to the well known, such as bulerias, soleás, alegrías, fandango, and sevillanas. Even some Spanish ballet. The site was also selected by a national television channel to host a documentary about flamenco.

On the ground floor El Palacio Andaluz features “La Bodega Museum”, which includes the exhibition space “The Andalusian Flamenco Museum and Art”. In this space, guests can view items, costumes and photos of the flamenco show and artists. Other elements which are important to the Andalusian cultural identity, such as ceramics, wine and equestrian art as well as a recreation of a caseta (tent) from the April Fair. The visit to the museum is free for those attending the show.

This was a marvelous experience. We had dinner here as part of the experience and the food was good. This a professional dance group who have trained in this dance style. It is energetic and expressive. Beautiful and authentic. Not to be missed.
Absolutely fantastic. I HIGHLY HIGHLY recommend this place… must go to for Flamenco show in Seville. It is absolutely fantastic. The dancing was marvelous, the theater is gorgeous! My parents and I had drinks and our ticket was 44€ each … it is worth every single penny. There is also an option for dinner + drink + show and I think that was 69€. Honestly it was one of the most beautiful dances I have ever seen. I will remember it for the rest of my life. Thank you guys
We had Great Service and Great Entertainment! Those that say it is too commercial are wrong. The food was good, not great, but that was what we expected. And with That Entertainment, I could have been fed McDonald's and been happy!
I went to the show with my family last week and we all loved it. We had some drinks too and the service was really good.
Outstanding night. Throughly enjoyable. Food was great considering volume catering. Highly recommend
No waiting
No booking fees
Secure payment
Personal attention