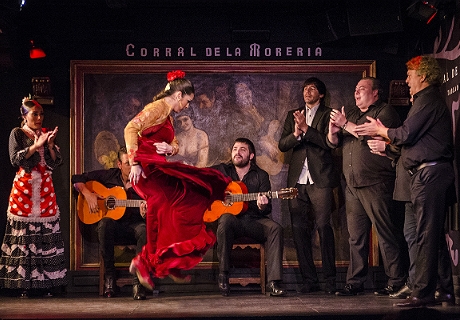 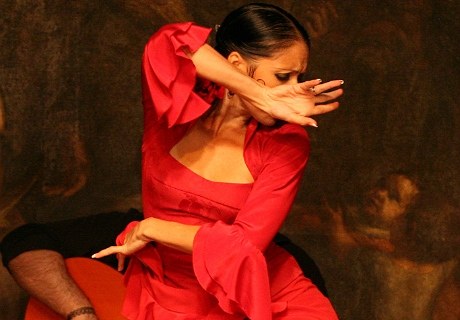 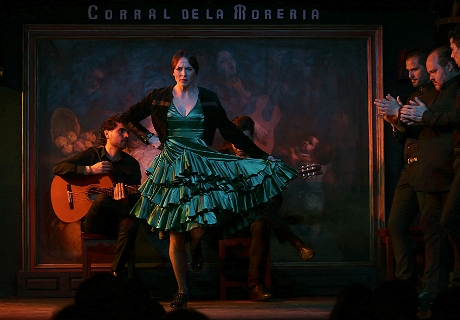 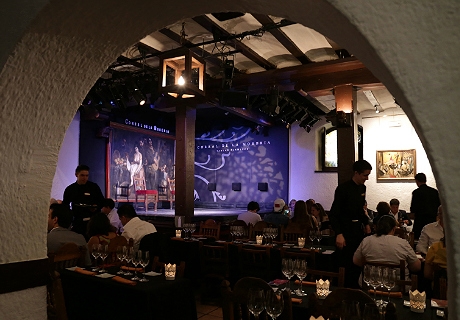 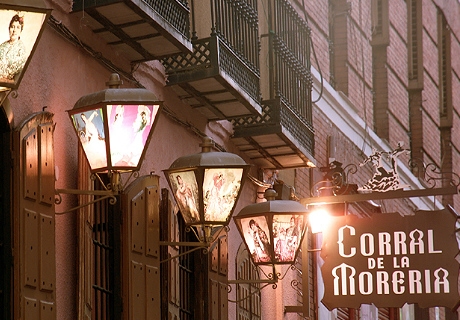 Corral de la Moreria is located in the center of Madrid, very close to the Royal Palace. The tablao was founded by Manuel del Rey in 1956, making it one of the oldest, continuously run flamenco establishments in the country. The ambience is historic, and the decoration features items and architectural details from the 18th and 19th centuries, creating a traditional atmosphere typical of the oldest tablaos. It is the stage where the most important artists have performed in the history of flamenco, and therefore the most important stage in history of flamenco (Paco de Lucia premiered "Entre Dos Aguas", Camarón went on stage when he was 13 years old, Pastora Imperio, Antonio Gades, El Cigala, Mario Maya, Blanca del Rey and a very long list of additional performers).

In addition to being a flamenco tablao, Corral de la Morería is a show production center, a choreographic production center and a music production center. Its owner and artistic director Blanca del Rey has toured the most important theaters in the world with her company and received in recent years, among many others, the following awards:

National Flamenco Award
Gold Medal for Merit in the Fine Arts, presented by Their Majesties the King and Queen of Spain.
Corral de la Morería is proud of its gallery of awards and prizes, as well as the attention and recognition from the most important figures in the international art world:

The food was delicious and presented excellently. The music was traditional flamenco, along with the dances. The performances were professionally done by very talented people. The food was amazing in the inventiveness and execution. The ingredients combined in a way that was unexpected and yet revealed flavor profiles that complimented each other well. As for the performances, the dances and songs told classic stories of love, longing, regret, and hope. If you enjoy experiencing culture this is a must visit. I recommend it very much, especially the dinner and show option.
The dinner was perfect as expected from a Michelin star restaurant and the show was fantastic as well, but the undisclosed obstructed view was a disappointment. The food and service was impeccable, everything from the flavor to the timing of the plates. Between the two of us, we ordered everything from the 5-course menu. My two favorites would be the sea bass and the squab. The performance was fantastic. However, the pillar which was blocking the middle of the stage left much to be desired. The performers were behind this pillar around 25% of the show, you can see it in the photos of this review. It was not disclosed when we booked it a month ago and even though we were the first ones seated in the restaurant at opening time, we were given an obstructed view. This ruins an otherwise perfect experience. We would have expected this to be indicated during booking or be provided price tiered seating so we can choose to pay more for unobstructed seats. For those ordering dinner, I would recommend finishing the dinner before the show. This will allow you to enjoy both the dinner and the show to its fullest. Once the show starts, the lights will dim and you won’t be able to see your plate as well. The 5-course dinner took around 1.5 hours to be served and eaten, so I would recommend going between 5:30-6:00 if you want to time it just right. You can also aim for a little later if you decide to go with the 3 or 4 course dinner. The show started promptly at 7:30 and lasted 1 hour.
My fiancé and I, along with close friends in Madrid, got a chance to see a show and get dinner at this Michelin star restaurant. The food was just the beginning. We had a great time learning about the traditional culture in Spain in terms of flamenco dancing. It was amazing. The food was absolutely divine. Best dish I had in Spain. Highly recommend.
Best flamenco show. The food is amazing. Tomato soup is cool and refreshing. Sea bass is moist, tender, great flavor. The lamb is cooked to perfection (medium rare). Fork tender. Simple seasonings, but flawless execution. The French toast is amazing. Great crispy sugar crust, soft soaked middle full of custard. The apple souffle is light and subtlety sweet. A great alternative if you want something lighter.
Great dance performance! Food was sub par for a Michelin one star rated restaurant. Perhaps it needed to be mass produced for the large crowd. The meat was very gamey and other dishes were also underwhelming. Would recommend to watch the dance here and eat elsewhere.
No waiting
No booking fees
Secure payment
Personal attention